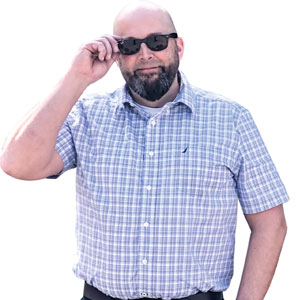 Chris Thibedeau, Founder and CEO
“We see ourselves as the enabler of the best practices promoted by The World Customs Organization and the World Trade Organization,” says Chris Thibedeau, Founder and CEO of TTEK. Their technology prowess is playing a definitive role in enabling customs, and other government agencies (OGAs) to make appropriate decisions and improve their border operations.

TTEK has been recently selected by the Trinidad Ministry of Trade to deploy their risk management system, RiskLab, to improve customs and border processing. Armed with multiple risk assessment modules that are designed to key in on a wide variety of existing and evolving threats for each of the government agencies, RiskLab addresses the entire gamut of problem areas. The intuitive risk management system will be used by multiple stakeholders to promote interoperability and coordination between customs and other government agencies at the border.

Unlike other solution providers in the market that provide only predictive tools, TTEK’s risk management approach takes an overarching approach where predictive modeling is supported by a deductive and an inductive layer.Withinthe deductive layer, TTEK ingests watchlistsfrom the records of the local customs and law enforcement agencies. At the same time, theinductive layer uses a rules management system to ingest a library of profiling rules for the risks that are characterized by a threat. They have risk assessment rules for terrorism, narcotics, security, prohibited items, dangerous goods, endangered species, intellectual property rights and counterfeiting, illegal migration, agriculture-related threats, and health or disease-related threats.

TTEK’s predictive analytics solutionestablishes a predictive model on top of a historical dataset provided by clients. “Our unique ability to merge qualitative and quantitative analytics is a shot in the arm for the agencies scouring real world environments for threats lurking on the horizon, be it a person or goods.” We identifypredictive models for manythreats;cocaine smuggling, for instance.”

Our unique ability to merge qualitative and quantitative analytics is a shot in the arm for the agencies scouring real world environments for threats lurking on the horizon, be it a person or goods

When a similar scenarioemergesduringafuture importation, theshipmentis flagged for the customs and border agencies to scrutinize further or inspect. This activity ensures Customs and other border agencies are focused on the highest risk shipments. The lowest risk shipments can be facilitated across the border, thus improving trade flow and the economy. The end result is a more efficient and modern approach to managing the border.

Furthermore, TTEK’s risk management system integrates and aligns withthe UN system for customs trade processing ASYCUDA (Automated System for Customs Data) which is being used by approximately90 countries. The company’ssystem aligns with the ASYCUDA database schema which reduces operationalstand-up time,making the surveillance process faster and better compared to other solutions in the market. Thibedeau states that their objective is to not replace ASYCUDA, but to augment it with better analytics.

With recent expansion into the Middle East,TTEK is hopeful that more governments will endorse their risk management solution over time when they experience the results. With such confidence, they are foraying into implementing advanced technology offerings where mobile hand-held devices will be used for the collection of inspection results. The teams can quickly take a photo of the cargo shipment, record additionalinformation, and re-tune the risk scoring in the system -dynamically in real time. TTEK’s technology never grows obsolete as the rules are automatically updated based on emerging risk patterns which fosters accurate decision making.

Description
Provides next generation risk management system for customs, border processing, and other government agencies to effectively deal with threats 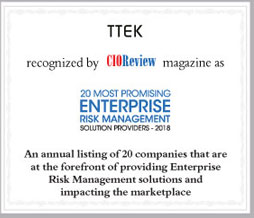 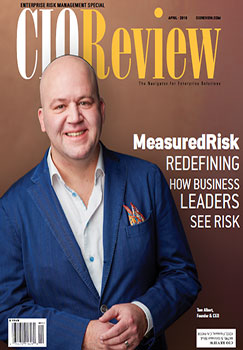