Aspect Enterprise Solutions: Seamlessly Upgrades Solutions from One Edition to Next 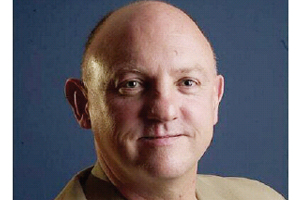 Just a browser and an Internet connection, and customers of Aspect Enterprise Solutions are ready to make the most of the wide spectrum of risk analysis and decision support systems delivered as Softwareas- a-Service in the Cloud. “We were built for the internet community from day one, which was quite a bold move back in 1999,” pronounces Steve Hughes, CEO at Aspect, a provider of Cloud multi-commodity trading, risk management and data analysis applications.

Aspect is empowering enterprises of all sizes by delivering risk and physical operations solution on one platform, via one password. AspectCTRM, the company’s flagship solution, is a full featured commodity trading and risk management enterprise suite for front, middle and back office. The solution features three editions—Lite, Standard and Enterprise, seamlessly expanding in functionality according to the needs and budgets of clients. While the Lite edition features front office functionality like trade capture, position keeping, profit and loss tracking and market risk reporting, the expanded Standard and Enterprise editions covers the full spectrum of functionality for trade and risk management, and physical and financial operations with advanced reporting, and integration.

In addition, Aspect offers AspectDSC, a decision support center for traders offering oil, metals and agricultural market news, prices, futures and analytical tools on desktops and mobile devices. “We distinguish ourselves from competitors by offering both commodities market prices in AspectDSC, and trade, risk and operations functions via AspectCTRM, on a single platform.
This combined with the use of an inmemory database creates performance advantages not possible by competing systems since an in-memory database makes data retrieval faster and results in exponential time-savings for riskmanagement processes,” says Hughes whose software expertise continues to spearhead Aspect’s continued annual growth as a top technology platform.

Aspect offers an excellent price performance and total cost of ownership which is illustrated by Hughes as, “Implementing older ETRM systems that require software and hardware typically takes six months or more, while deploying AspectCTRM takes just four to six weeks on average, with many features becoming accessible to users in just two weeks.”

With a client base of over 500 companies spread across 90 countries, Aspect has placed itself among clients like Trafigura, Rosneft, and Chemoil. Concord Energy, a Singapore-based trader, chose Aspect’s software to replace its existing ETRM system. The implementation took just three weeks and two days, and subscription and deployment came in at just 22 percent of the cost of Concord’s previous ETRM system.

A unique outlook of the company is also reflected by its ongoing project called AESthetics that primarily does two things—de-scales and shortens the process of implementation and customization; and delivers a solution for trading companies which comes with a set of very advanced tool that allows programmers to do amazing things with the technology, without having to understand programming languages.

Moving ahead, Aspect envisions expanding its global foot-print by growing indirect channels which is akey element for market growth. The company is planning to establish an indirect sales force to sell products on its behalf. 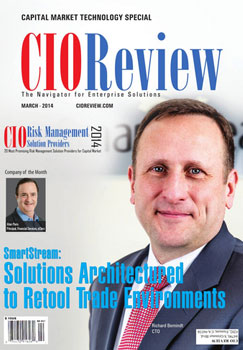